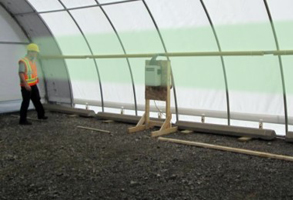 Many workplaces use dangerous machinery that can be operated safely provided that people do not get too close to the equipment. When the machinery is large it can be impractical or simply not possible to install a guard or barrier that physically separates people from the machine. 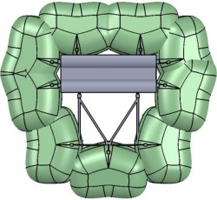 For these applications RFID Perimeter Monitoring can provide a warning system that is capable of monitoring sizeable lengths of the perimeter surrounding dangerous equipment. The RFID Perimeter Monitoring system works by scanning a region that extends outwards from the perimeter of the machinery. If a person wearing RFID-enabled safety apparel is sensed within this region the system produces an alert. 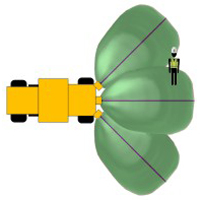 RFID Perimeter monitoring can be set up for use all the way around a piece of large machinery, or if needed it can be installed to monitor particular sections of the machine where people are not normally supposed to be during its operation. The perimeter monitoring system is suitable for use on equipment that is used in one place (such as a long conveyor system), as well as on large, mobile equipment such as a crane bale or heavy vehicle.